How many of us would like to take pictures with a new camera rather with our smartphone? But how do we know which is the best camera for us?

Advances in technology and increased choice make for a minefield of information that can be difficult to navigate through. Here’s a quick guide to what’s about and how to choose.

What will I use the camera for? 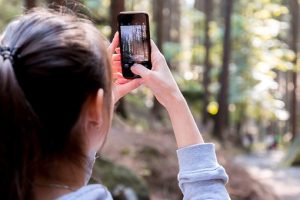 This is the most important question. Those of us wanting to carry a camera in our back pocket to share selfies instantly to social media have a very different need to anyone wanting to capture wildlife photos on a safari holiday. In some cases, the camera in a smartphone will be just the job – in others it will be next to useless.

How much can I spend?

The sky is the limit here. Good cameras start at under £100 but can go up to several thousand.

So budget is important. We need to decide how much we can spend and stick to it. There will be plenty of choice, but a real temptation to spend just that little bit more.

Will I actually use it?

We have to be realistic. There is an old saying that the best camera in the world is the one you have with you now. Like raincoats and sunglasses, cameras are useless if left at home.

Lots of us waste money on a new camera because we have not got into the routine of taking it with us. It is one thing to fancy the idea of having a good camera, but it is another not to get bored with the inconvenience of carrying it around.

Just be honest – when the newness has worn off will our interest wane?

So just as with most consumer choices, we have to look at ourselves before we look at the kit. Once we have decided what we want a camera for, how much we have to spend, and that we will actually use it, we can start to look at the choices.

Putting aside action cameras, underwater cameras, film cameras and medium format cameras, there are four options for the would-be photographer.

In-phone cameras have revolutionised photography. Almost all of us already have a camera. They are small, light, seemingly inexpensive (note the ‘seemingly’), and photos can be uploaded to social media in a flash – perfect for selfies, perfect for sharing. Most smartphones have a video mode.

But due to their size, optical quality is restricted and file size relatively small. Phones have only limited controls to vary such things as exposure, shutter speed and focus, so inevitable flexibility is compromised. They’re great for pictures that will be viewed on a smartphone screen, but aren’t good for larger prints.

These cameras are mostly pocket-sized, have superior quality lenses and can cost a fraction of the price of a smartphone – top manufacturers Canon and Nikon’s compact cameras start at under £100 whereas in real terms a smartphone can cost ten times more. The best compacts (referred to as ‘Bridge’ cameras) go up to just over £500.

These cameras have an optical zoom lens (as well as a digital zoom) giving sharper, crisper close-up images. Many have built-in wifi and Bluetooth for instant sharing to a smart device. Most have video capability 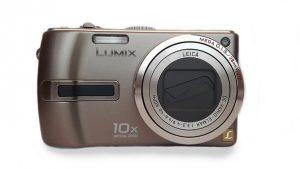 File size is greater than with smartphones so larger, printed photos look better, and most cameras have onboard editing facilities.

For anyone with a modest budget just wanting to get better holiday snaps than they can on their smartphone, a digital compact may be the next step up.

These cameras first came on the scene as recently as 2004. Now they are very popular. As image sensor technology has improved – typical sensor sizes range are 16 to 24 megapixels – so the quality of images has got better.

Also known as ‘mirrorless’ cameras, the Compact System Camera has interchangeable lens allowing the users to zoom in close for wildlife, sport and candid shots, yet allowing them to capture landscapes and dramatic perspectives with a wide-angle lens attached. 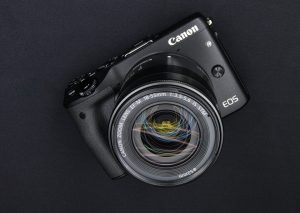 File transfer options are commonplace with these cameras and a full range of functions give the photographer complete control over exposure, shutter speed, focus and depth-of-field. Most have video mode.

Compact System Cameras are great for both novices and serious amateurs – some professionals have even started using them. But they    are slightly bigger than a compact camera and generally need to be carried in a small, dedicated camera case or bag. If carrying something extra is not a problem a mirrorless camera could be a great choice.

The single lens reflex (SLR) camera has been the tool of enthusiasts and professionals for a generation, with digital versions (dSLR) replacing film cameras in the 2000s.

A dSLR has a mirror within it (unlike the compact system camera) that allows the user to see through the camera lens, either by a viewfinder or a rear-mounted electronic screen. What you see is what you get!

Lenses are interchangeable, and both camera manufacturers and independent lens makers offer are huge range from ultra-wide-angle to super-telephoto. Other accessories such as flashguns, tripods, lights and filters allow for ultimate creativity.

DSLRs come in two types – ‘full-frame’ that have a sensor the size of an old-fashioned 35mm film, and ‘cropped’ (APS-C, DX, micro-four-thirds) that have a smaller sensor. 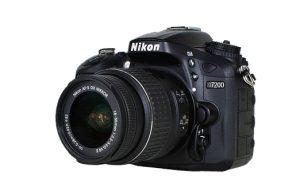 These cropped sensor cameras are generally, smaller, lighter and cheaper than their full-frame big brothers and unless large prints are being made, the difference in image quality will be largely unnoticed.

Nearly all dSLRs now have wifi, Bluetooth, built-in filters, effects and 4K video. They offer the greatest flexibility, quality and most professional results.

There are over 275 digital cameras on the market. None can be used to make a telephone call. And perhaps that is the way to look at it. All smartphones make calls better than cameras, and all cameras take better pictures.

The choices are enormous and the technology incredible. Once we decide what we want a camera for and how much we want to pay, we know there is the perfect camera out there. We just have to find it.