The Move’s ‘Flowers In The Rain’ will be aired across radio and TV.  Former disc jockeys (once famously described as ‘Hallow men – electronic lice’ by writer Anthony Burgess) will recount the wonderful early days of the station. 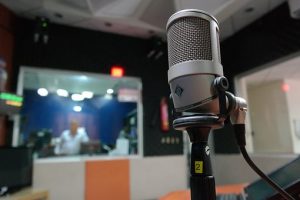 Never have the rose-tinted-spectacle makers had so much work.

In truth, the launch of the flagship pop station was not the success it now appears.

The BBC created Radio One at the government’s request following the outlawing of the offshore pop stations 6 weeks earlier. But the concept of pop music radio and the existence of the pirate stations’ teenage audience had largely passed the corporation by.

“I don’t think they had any conception of what young people wanted from radio,” says Andrew Crisell, media historian and Emeritus Professor of Media at Sunderland University.

“Of course, a lot of cultural snobbery came in to play and the BBC rationalised its lack of response [to the increase in pirate stations from 1964 to 1967] by claiming this sort of stuff was American and really beneath the interests of a serious cultural arbiter like the BBC.”

But it was handed a 14 million offshore radio audience on a plate. 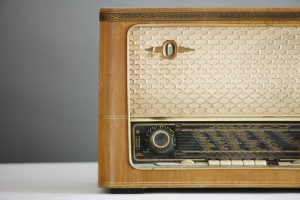 Radio One mimicked the pirates Radio London and Radio Caroline even recruiting some of their presenters. But it also inherited establishment DNA, the culture of the Light Programme, and the likes of Jimmy Young and Pete Murray.

How odd it must have seemed to the gathered press to see its DJs at the microphone dressed in shirts and ties.

Radio One’s start-up budget was a mere £200,000. The restricted needle-time agreements the BBC had with the performing rights authorities limited the output of original pop music.

Cover versions of chart songs were performed by aging session musicians, and the station had only enough content to broadcast for five and a half hours a day. It merged with Radio Two in the afternoon and evening.

It would take several years for the station to acquire an identity of its own and as Andrew Crisell puts it, establish the “professionalism of a respectable pop music channel.”