Would you vote In or Out if offered another referendum this year?

In the season when real news is thin on the ground this blog takes a humorous approach to the real European dilemma and ask whether we are being denied our human right to have our say.

August is traditionally the silly season for newspapers and broadcasters.

The news agenda is at its quietest as Parliament goes into recess. MPs head for their summer vacations to ‘spend more time with their family’ (a phrase they will subsequently use in their resignation letter).

Even the Brexit debate has slipped from the front pages, to be replaced with the feelgood stories typically associated with this time of year: England regaining the Ashes, Gold medals galore for team GB and the hottest day since records began.

It is time to bring such frivolity to an end. 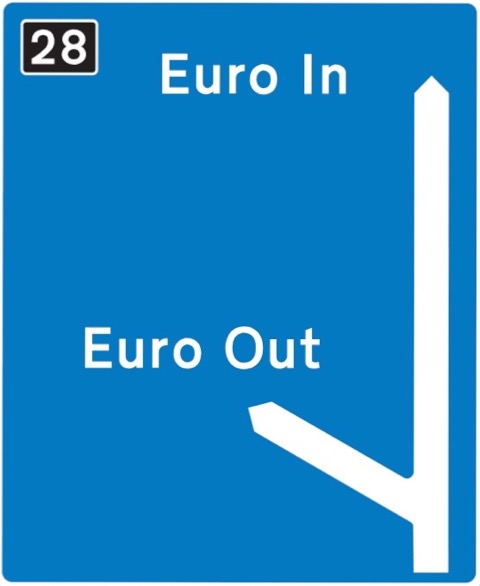 It is time to reflect on the decision the nation made on 23rd June last. Time to examine the conscience and time, again, to ask the searching question: ‘Am I in or am I out?’

In the nineteen-fifties, a war-torn Europe made two monumental decisions as it sought to rebuild.

The first, by the original member states, brought the European Economic Community. The second, by the European Broadcasting Union, gave us the Eurovision Song Contest.

The parallels are obvious, glaringly obvious: each started with laudable aims; both were popular, universally so initially; both morphed into huge cash-consuming machines, unrecognisable from their humble beginnings and each is now ravaged by self-interest and opaque political alliances.

Power To The People

Yet the scandal remains.

Let’s face it, ‘Royaume-Uni’ has little, if any, chance of winning again. The ‘nul points’ obtained by Jemini’s performance of Cry Baby in 2003, the first time a British song had failed to score, is a low point from which there is no return.

Not that low points are uncommon. The organisers’ decision to invite Australia to be guests at the competition in 2015 to help celebrate the 60th anniversary was odd: their decision to invite them again in 2016 seemed more to do with getting the brand into the new markets than celebration.

Perhaps the time to call it a day was in 2008 when director of Eurovision Television, Bjorn Erichsen, was critical of the late Sir Terry Wogan.

Mr. Erichsen went on: ‘I know he is very popular, and maybe that is the reason why a lot of people watch. But one day he will have to retire and the BBC will have to find someone else. It will be interesting to see if that attitude changes.’

The BBC did find someone else. The brilliant Graham Norton.

Attitude has not changed. The British audience watches the show for the irreverence.

Norton continues to expose, in true Woganesque, how ‘ridiculous’ the show has become.

But what unites us all is our constitutional right to have our say.

The people of the United Kingdom should get what they deserve.  A proper referendum.

The question is simple: “Eurovision – In or Out?”

1 thought on “The Great Euro Scandal”