BUYERS RETURN TO THE HOUSING MARKET

Buyers are slowly returning to the housing market. That’s according to the latest RICS survey published today.

“The UK housing market survey released this morning suggests the market is beginning to settle down after what was a challenging Spring and Summer.

We found, encouragingly, that for the first time since February buyer enquiries picked up.”

But Mr. Robinsohn said that the number of new instructions estate agents were receiving around the country is falling. 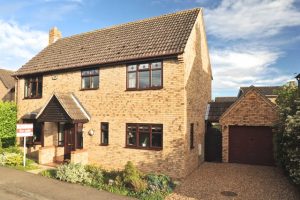 The imbalance between supply and demand continues to exert upward pressure on prices leaving many first time buyers being unable to get their feet on the property ladder.

“It is also a factor impeding a more meaningful recovery in transactional activity. When buyers turn up at estate agents they cannot find fresh stock that interests them,” he said.

The RICS Residential Market Survey is a monthly sentiment survey of Chartered Surveyors who operate in the residential sales and lettings markets. The institution received 390 responses from members to the 21 questions posed. It is not an analysis of Land Registry data.

17% of respondents reported increased property prices compared to 13% the previous month. Falling prices were reported in Central London and the North East although most other regions showed an increase in the month.

But the report highlights regional variations and no consistent picture emerges. 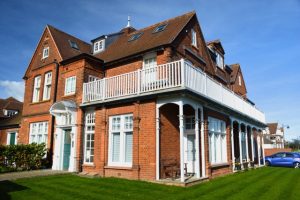 In Central Cambridgeshire, estate agents have had mixed experiences since June despite initial fears regarding the impact of the Brexit vote.

One agent recorded 30% more activity in the 23 days after the referendum than in the 23 days before whilst another recorded the collapse of two sales following the vote due to buyers concerns about its effect on job security.

Neil Wise, director at Wellington Wise in St Ives, does not believe there is a lack of confidence in the market; property prices compared to what buyers can raise on mortgage continues to be a big factor.

“The problem remains first time buyers being unable to raise sufficient deposits. This has a knock-on effect up the chain. Stock levels are good but there has been a re-adjustment of prices in view of the lack of buyers,” he said.

“Initially there was a drop in activity immediately after the Brexit vote but it has settled down. Market confidence is good,” he said.

In Huntingdon, where prices continue to rise in line with the RICS findings, demand does outstrip supply. 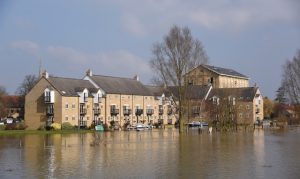 Alastair Smith, Branch Manager at Thomas Morris, is finding that there are buyers, including investors, looking to purchase. He says that despite Stamp Duty changes investors still regards property as a viable option as bank interests rates on investments remain low.

“The problem remains the lack of available property. Sellers remain uncertain although prices are buoyant,” he said. “But in my 29 years experience the market is as unpredictable as I can recall.”

The RICS October survey will be published on 10th November.