Licensing Laws in England and Wales are once again under review. Here I look at the law, past and present, and consider how it impacts on a community when a new public house is proposed.

Which of these public house names is the odd one out?

The question could easily have been taken from a weekly pub quiz in the Cambridgeshire market town of St Ives.

Notwithstanding the close association of all four names with the historic town, few quiz teams would know, at least not for now, that The Swan and Angel is the odd one out.

The Brewer’s Arms, The Prince of Wales and The Skinner’s Arms were all public houses previously located on Market Hill. All have long gone. There was never an inn called The Swan and Angel.

But the spotlight is once again pointing on Market Hill. The perennial question of whether there are too many pubs in the town has re-surfaced. The wider debate about licensing laws has started again as a new player prepares to open its doors. 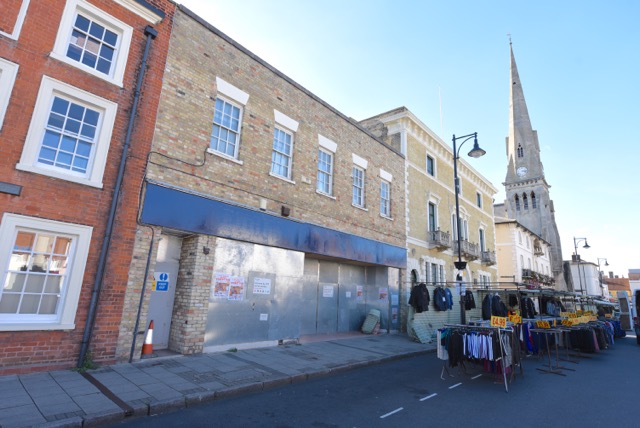 For fifty years the Licensing Act 1964 was the framework under which the licensed trade in England and Wales was regulated.

A Justices’ On Licence or Off Licence authorised the sale of alcohol during permitted hours. Those hours generally were between at 11am and 11pm.

Licensing Justices formulated their own local policy and the system was designed so local people, the Justices, could adapt their policy to meet local conditions.

But the regime had many failings: time-consuming court hearings; inflexible timescales; inconsistency and uncertainty. Critics thought the police had far too much an influence on Justices’ decisions.

Furthermore, the licensing of entertainment was controlled, not by the Licensing Justices, but by the local authorities. Inefficiency and duplication were inevitable.

On 24th November 2005 the Licensing Act 2003 came into force. Licensing Justices were abolished and the function of regulating the supply of alcohol, the provision of late night refreshment and entertainment was transfered to the local authorities.

In accordance with the de-regulatory ethos of the time the rational of the Act was to permit the supply of alcohol, entertainment and other activities covered by the Act so long as four objectives, the Licensing Objectives, were met.

In England and Wales, they are:

Inevitable the Act was, and remains, controversial. Those opposing it said it would lead to an increase in drunkenness, alcohol-related crime, public disorder and disturbance.

Who is right remains unclear. In his first review of the Act in 2008, the then Secretary of State Andy Burnham said:

“Whilst crimes involving violence may have reduced over the evening and night time period, the evidence also points to increases in offences, including violent crimes, reported between 3am and 6am.  This represents 4 per cent of night-time offences.”

Similarly, he said that there is no clear picture of whether alcohol related demands on A&E services and alcohol-related admissions had risen. The review found some hospitals had seen a fall in demand and others had reported an increase.

“It is also clear that the overall reduction in alcohol-related disorder we wanted to see across the country has not materialised consistently in all areas,” he said.

The House of Lords Select Committee on the Licensing Act 2003 is presently considering evidence submitted to it as part of a further review of the legislation. In June when the committee asked for written evidence from the public, Chairman Baroness McIntosh of Pickering, said:

“The Licensing Act 2003 enabled premises to serve alcohol for 24 hours a day, 7 days a week. While many heralded the Act as the start of a more continental drinking culture, others predicted round-the-clock consumption, leading to disorder and a deterioration in public health.

But what has the reality actually been like? Has deregulation allowed the drinks industry to thrive? Have drinkers embraced a more relaxed and healthier approach to alcohol? What happened to the anticipated café culture?

For good or ill, the Licensing Act has altered the drinking landscape of England and Wales, but an examination of the changes is long overdue.”

The committee reports to Parliament in March 2017 but hard statistical evidence to link the licensing regime with increasing crime is unlikely to materialise.

In each July of the last three years recorded crimes in the St Ives and Ramsey area have been consistently around 380. This compares to 512 six years ago.

This one figures proves nothing, but the first Licensing Act Review concluded the same on its own figures.

In St Ives the issue has been brought into focus by JD Wetherspoon PLC’s plans to open a new public house at 8 Market Hill. Against some opposition, Huntingdonshire District Council gave planning permission and then on 15th September granted a Premises Licence for the supply of alcohol and late night refreshment.

A new public house in the town centre brings both benefit and potential problems and inevitable views are mixed.

One local resident, writing to the local paper, said: “Why on earth does JD Wetherspoon believe that the people of the small town of St Ives want, never mind need, the availability of alcohol from 9am to midnight, extended to 1am two days a week?”

He added: “It will lead to much more noise, violence and crime at a time when the police, if they exist, are totally invisible. Many people live in the town over the shops and business premises. Their lives will become hell as the low prices will encourage more people into the town to drink.”

The licensing laws in England and Wales do not permit the local licensing authority to take account of “want” and “need”. It has been successive governments view for decades that the question of a community’s wishes and needs can be safely left to market forces. They understand that the public can vote with its feet.

The concerns regarding disruption and disorder are understandable but not all agree that a new pub brings new problems. In the same local newspaper a reader wrote of his experiences in neighbouring St Neots:

“Like [the person referred to earlier] I was primarily concerned that Wetherspoons would hit existing pubs’ and restaurants’ trade forcing them to close. In fact, the opposite is true.

People who don’t normally use  the town centre are drawn in by a Wetherspoons and actually increase trade for other establishments.”

As regards noise and disruption, he wrote: “I live only a few hundred yards away and can honestly say that noise, violence and crime have not increased since the Weeping Ash opened.”

And whilst he admits to being no fan of JD Wetherspoon PLC he concludes: “I think you’ll be pleasantly surprised on the positives it will bring to St Ives. If, however, the application is rejected then I think you’ll find that many people travel to the one in Huntingdon, and St Ives will suffer as a consequence.”

It is noteworthy that Scotland has an additional licensing objective: Protecting and improving public health. Were such an objective introduced in England and Wales the concerns about binge drinking, alcoholism and the drain on the NHS of drink related injuries and illnesses could be addressed more effectively.

In Northern Ireland, where changes to licensing laws lag behind the rest of Great Britain, there is even a draft proposal to adopt a sixth licensing objective: Fair treatment of all stakeholders. It is hard to imagine any government in England and Wales introducing measures that could lead to the refusal of a licence on the grounds of its impact on someone else’s business. Again, that will be left to market forces.

The new public house being opened by JD Wetherspoon PLC in St Ives will be called The Swan and Angel. The company choses the name of a new public house based on historical site research. There is no evidence that this site has ever been a pub. But just two doors down Market Hill, on the site of the now-closed Robin Hood there once stood two, quite separate public houses. One was The Swan and the other called The Angel.

Time will tell what impact the new premises have. Ultimately though, only the visitors to, and residents of, St Ives will decide whether The Swan and Angel remains the odd one out.